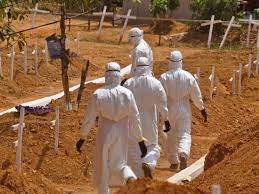 A factfile on the Ebola virus that has plunged Guinea into an “epidemic situation” according to a senior health official, and which has killed more than 15,000 people since 1976.

Ebola was first identified in central Africa in 1976.

The tropical virus was named after a river in the Democratic Republic of Congo — then known as Zaire. Five of the virus species are known to cause disease in humans — Zaire, Sudan, Bundibugyo, Reston and Tai Forest.

The first three species have resulted in serious African outbreaks.

The virus’ natural reservoir animal is probably the bat, which does not itself fall ill, but can pass the germ on to humans who hunt it for “bushmeat”.

Other dinnertime favourites in parts of Africa — chimpanzees, gorillas, monkeys, forest antelope and porcupines — are also suspected of transmitting Ebola.

Among humans, the virus is passed on by contact with the blood, body fluids, secretions or organs of an infected or recently deceased person. This can include touching a sick or dead person, and likely also sexual intercourse.

Those infected do not become contagious until symptoms appear. They become more and more contagious until just after their death, which poses great risks during funerals. Death rates are high, at around 50 percent on average of those infected, and up to 90 percent for some epidemics, World Health Organization (WHO) data shows.

Following an incubation period of between two and 21 days, Ebola develops into a high fever, weakness, intense muscle and joint pain, headaches and a sore throat.

The initial symptoms are often followed by vomiting and diarrhoea, skin eruptions, kidney and liver failure, and internal and external bleeding.

After effects have often been observed in survivors, including arthritis, problems with vision, eye inflammation and hearing difficulties. 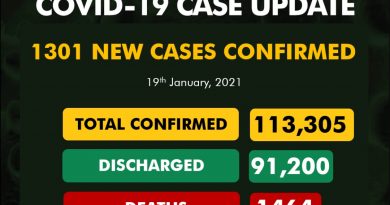 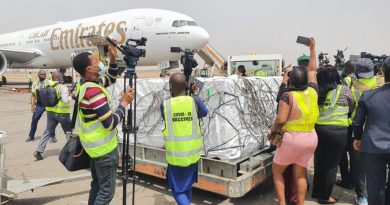