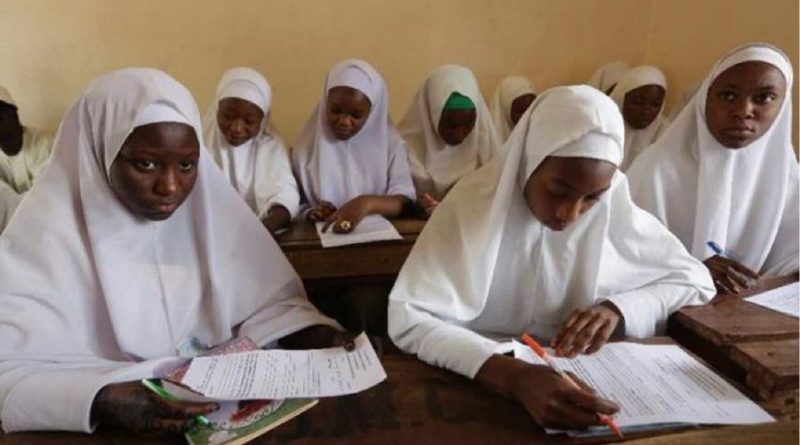 There is no let up in the controversy over whether or not Muslims students can wear hijab, a head covering, in grant-aided secondary schools in Kwara State.

Indeed, the crisis heightened last weekend, following the government’s approval that female students in grant-aided mission schools could wear the hijab to school.

Founders of the schools have vowed to resist the government’s decision.

To forestall any breakdown of law and order in the Ilorin metropolis, the state government has temporarily shut down the 10 mission schools until March 8. The government added that the reopening of the schools would depend on the resolution of the hijab controversy in the affected schools.

Earlier, some Muslim organisations had urged the state government to impress it on authorities of the affected schools to allow their female students wear hijab. This prompted a meeting between the government and leaders of both Christians and Muslims.

At the meeting presided over by Deputy Governor, Kayode Alabi, the state urged the parties to bury their differences and allow peace to reign.

But emboldened by the stakeholders plea to government that wearing of hijab should be allowed, some female students were said to have put on the veil at LGEA Baptist School, Ilorin but were not sallowed to enter by the school authorities.

Announcing the closure of the schools, Permanent Secretary, Ministry of Education and Human Capital Development, Mrs. Kemi Adeosun, said the parties would deliberate on  the matter for amicable settlement.

“The closure comes as a government committee comprising representatives of the Muslim and Christian communities meets today to iron out the differences between the two communities.

“Further communication will be issued to inform members of the public on the development.

“Government calls for calm and urges parents and religious leaders to avoid actions or comments that may further split the two communities.”

Justifying government’s action further, Secretary to the State Government, Prof Mama Jibril, said the schools would remain shut, pending the pronouncement  of government’s position on the use of the Muslim head covering (hijab) in the schools.

Jibril said “this is to avert any breakdown of law and order while the government concludes consultations with relevant stakeholders. Members of the public are urged to remain calm and peaceful. Official pronouncement of government’s position is likely this week.

“The government urges parents, officials and authorities at the affected schools to maintain peace and avoid making comments or doing anything that could cause further misunderstanding and heat up the polity.”

Speaking with The Nation, on behalf of Muslim stakeholders, Alhaji Abdullahi Ibrahim said the hijab crisis started about eight years ago when the Christian Association of Nigeria (CAN) went to court and lost.

He said: “The legal touch put into the demand of Kwara CAN to the state government, made the whole matter to be settled. The body went to court in 2013 to demand for legal ownership of the schools taken-over since 1976.

“CAN appealed the judgment in 2016, and after three years of legal proceedings, the Court of Appeal headed by a Christian in its judgment delivered in  September 2019 upheld the decision of the lower court.”

He explained that the Court of Appeal, Ilorin further said the state government owned all the schools were taken over 45 years ago, and  urged Christians to respect the law.

“The fact that both Muslim and Christian missionaries wrote to the state government then to take over their schools 45 years ago, makes the current crises being instigated by some Christian missions in Kwara fruitless and meaningless.

“The decisions of the two courts give right to students in these schools to practise their religions without any hindrance whatsoever, including freedom for female Muslim students to dress according to their faith.

“I see the actions of some of our Christian brethren on this matter as being aggressive and intimidating to the Muslim parents who have majority of students in the schools affected.

“My appeal to CAN Kwara State and other Christian brothers and sisters that share their view on schools ownership is to obey the law and respect the subsisting judgements of both Ilorin High Court and Court of Appeal,” he said.

Ibrahim also urged the government to do its part to check the crisis.

“The state government should take necessary steps as done in Oyo, Osun and Lagos states when similar crisis broke out there. The three state governments stood by the law by issuing relevant circulars directing all principals of schools not to deny any female student the use of hijab in line with the courts’ judgement.

“In fact, I want to observe that what brought about the present crisis in the state is the non-issuance of the relevant circular by the state government, which serves as guideline for the school authorities for maintenance of peace.

“The government should note that in Federal Government Colleges across the federation, hijab is used by Muslim Students. Catholic Nuns also cover their heads in same manner and Christians who established individual private schools here in Ilorin allow their Muslim children to use hijab. Why are some Christians in some missions turning government-owned schools into battlefield?,” he said.

Counsel to CAN Sina Ibiyemi however refuted claims that the 2013 court case was on hijab. He said it was about getting the schools back for the Christian missions.  He described the closure of Christian grant-aided secondary schools as unfair and wrong.

“The proprietors took the Kwara State government to court that they wanted their schools back. The issue of hijab was not part of their claims.

“The court made reference to it as an obiter and not a ratio decidendi (the issue of Hijab was mentioned just by the way and not the cause of action. Furthermore, the proprietors have appealed to the Supreme Court.

“Why the hurry? Some individuals just woke and made up their mind to distract the current government. In a similar vein, whoever cannot comply with the uniform of Christians grant -aided schools can go to another school.

“Moreover, it is only the government that can bring up policies and not a group of people wanting to impose their wish on grant-aided schools. They should tolerate the uniform of the Christian grant aided schools.

“Closing all the schools is uncalled for and misconceived. Can Christians go and build Chapels in Muslim grant-aided schools? The state of harmony should not be turned to something else.

“In conclusion, everyone should comply with proprietors’ designed uniforms, which include beret and or cap.”

After several meeting with stakeholders from both faith which culminated in the government approving the wearing of hijab in grant-aided mission schools in the state last weekend, the Secretary to the Government, Prof. Jibril, urged all the leaders to exercise restraint.  He said the government would inaugurate a committee to deliberate the transfer of ownership request.

“The government has carefully noted submissions regarding ownership of grant-aided schools and related issues. While the status of these schools is the subject of judicial determination, this and other related matters will soon be subjected to a technical committee to advise accordingly. The government reassures all members of the public that it will act in good conscience at all times.

“The government asserts that there is no victor or vanquished on the hijab question. It urges the two faith communities, especially the leaders, opinion moulders and media personalities to act with restraint and great responsibility in their public utterances and actions, and continue to live in peace and harmony with one another,” he said.

The government’s decision has not gone down well with CAN and proprietors of the affected schools.

They all roundly rejected the policy allowing female Muslim students wear hijab in their schools.

The proprietors in a communique read by their spokesperson Rev Victor Dada, said that the “body condemns the use of hijab in Christian missions grant-aided schools as this will cause discrimination in schools and allow terrorists to easily identify our children and wards.

“Christian mission grant-aided schools should be returned to the owners promptly as most of these schools have churches besides them and unnecessary trespass may lead to break down of law and order.

“We shall continue to interact and dialogue with the state government on the return of grant- aided schools to the proprietors.”

On its part, the Ilorin Emirate Descendants Progressive Union (IEDPU) urged all parties to allow peace to prevail by conforming to the government’s decision, which it was happy with.

The union’s spokesperson, Abubakar Imam, hailed the government for coming up with a balanced and fair report.

On the other side of the divide with CAN is the Advocate for Right Leadership Association (ARLA) also known as Believers In Politics (BIP).

National President of the group, Mr. Kolade Segun Okeowo said in an open letter to Governor Abdulrahman Abdulrazaq that some Muslim fundamentalists were fiddling with the peace and harmony among religious divides in Kwara State by trying to force the use of Hijab in Christian Mission Schools.

The group called for Muslim students to attend other schools that permit the hijab rather than disobeying the regulations of Christian schools.

“While it is the right of the Muslim female students to wear Hijab, according to the tenets of Islam, that right does not mandate them to attend schools that do not permit or believe in such Islamic doctrine. The same right that Muslim female students have is the same right that the Christian students and school proprietors also have to determine the dress code of their schools.

The group further cautioned Christian female pupils not to enroll in Islamic schools and claim that she cannot use Hijab because she is a Christian.

As the mission schools resume on Monday, March 8, 2021, how they would comply with the government’s directives would be interesting to note.

Varsities won’t reopen until our demands are met – ASUU