The House of Representatives on Monday held a public hearing on five bills, one of which was seeking establishment of a Federal University of Medicine and Health Sciences in Niger State.

Two of the bills are to establish two Federal Medical Centres, one of which is to be located in Wase Federal Constituency, Plateau State, where the Deputy Speaker Ahmed Wase, has been representing since 2007.

The hearing was organised by the House Committee on Health Institutions.

The Minister of Health, Dr Osagie Ehanire and Registrar/Chief Executive of the Joint Admission and Matriculation Board, Prof Is-haq Oloyede, however, issued warnings over the proposed bills.

For the Federal University of Medicine and Health Sciences, a former Governor of Niger State, Babangida Aliyu; a former Minister of Information, Prof Jerry Gana; and the Deputy Chief Whip of the Senate and leader of the Niger State caucus in the National Assembly and Senator Abdulahi Sabi, declared their support for the institution.

The lawmaker representing Bida/Gbako/Katcha Federal Constituency in Niger, Saidu Abdullahi, who sponsored the bill, decried the dearth of medical doctors in the state. According to him, Niger has a doctor-population ratio of one to 9,000.

Abdullahi said the situation was far worse than the national average of one doctor to 4,000 population, as against the World Health Organisation’s recommendation of 1 doctor to 600 population for effective health care delivery.

“Conversely, Niger state has one of the highest numbers of under-5 children with fever, seeking medical attention from health facilities or health care providers (73.2 per cent), above North-Central’s average of 71.8 per cent and national average of 63.4 per cent.

“The pronounced disproportion in health outcomes and access to health services in Niger state raises the question about the availability of qualified health care professionals.” 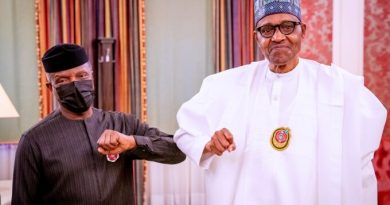