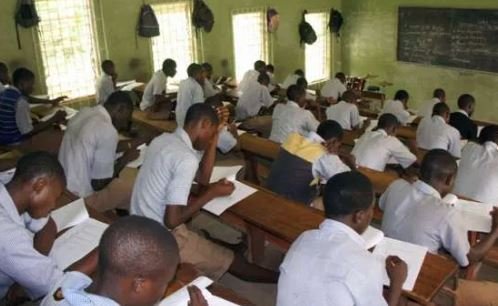 The fight against exam malpractice in Nigeria has been ongoing for years, but the menace appears to have built a strong defence, refusing to go.

As far back as 1914, it was reported that the question papers of Senior Cambridge Local Examinations were leaked to students even before examination day. From then on, the practice has refused to abate.

Worried by the trend, the nation’s examination bodies, West African Examination Council (WAEC), National Examinations Council (NECO) and the Joint Admission and Matriculation Board (JAMB) have continued to introduce new measures and policies to tackle the scourge.

WAEC recently released results of candidates for 2020 November/December examination for private candidates and some results were withheld over cases of malpractice. In the same year, NECO and JAMB also withheld some results over the same malfeasance.

For candidates that sat for Unified Tertiary Matriculation Examination (UTME), of the 1.7million candidates in 2017, 79,123 results were withheld; 111,981 out of 1,652,825 candidates that sat for the examination in 2018. In 2019, more than 1, 826, 839 sat for the exam, but reports of malpractices, including an allegation that a particular candidate registered more than 60 times to do mercenary examination for different candidates caused the body to delay the release of the results. Also, about 75 centres were penciled down for punishment for compromising the examination. 34,120 results were withheld for malpractices, including 15,145 for further clarification.

In trying to find solution, examination bodies have accused parents, supervisors and invigilators of culpability and frustrating their efforts at combating the scourge.

Head, Information and Public Relations, NECO, Azeez Sani, said the Council has put in place several measures to check exam malpractice, some of which include use of biometric data device to capture finger prints of candidates at examination centres to prevent impersonation; use of customised answer booklet for essay component and daily distribution of sensitive exam materials to prevent leakages.

Sani listed other measures as deployment of senior officers of the council as well as lecturers from tertiary institutions to monitor examination in all the centres and the deployment of security agents to exam centres.

“All these measures, including others that cannot be disclosed publicly are put in place because of NECO’s zero tolerance for exam malpractice,” Sani said.
JAMB’s head, Public Affairs and Protocol, Dr Fabian Benjamin said looking at statistics alone is not enough as the examination bodies are putting in efforts that are yielding positive results.

Fabian said why the number of cases appeared high was because the bodies are doing more than before in the fight against the menace. On the part of JAMB, Benjamin said the body is taking full advantage of technology to fight the examination malpractice.

He however disclosed that the battle cannot be fought by examination bodies alone and would require the support of all stakeholders.

“During one of our visits to the Netherlands, we discovered that the country’s examination body, CITO, gave their exam papers to school principals who oversee the exams and sent their feedback. Nobody from CITO travelled to schools to supervise what the candidates were doing. This is possible because they believed they have come of age and agreed that malpractice should not be allowed.

“Until and unless we come to that level and agree to do things right, we will continue to have this number.

Parents are the one funding malpractice, giving money to their wards and patronising tutorial centres. We have not commenced registration and some centres are already collecting money for JAMB registration, by the time we exposed perpetrators, figures will go up,” Benjamin stated.

Speaking on how to tackle examination malpractice, Proprietor of De Vessels Nursery and Primary School, Ijeododo, Mrs. Nkechi Amaji, said the menace is multifaceted. While some parents don’t have time for their wards, Amaji said some private school owners employ unqualified teachers and register their students in special centres.

She identified poor orientation on the part of some parents, school owners, teachers and students for aiding examination malpractice.

Aside employment of unqualified teachers, Amadi also identified poor and hungry invigilators that demand for bribe when they go for invigilation as part of the problem,

“As an educationist, invigilators should be honest and do their work with integrity. Some of them are the ones encouraging students and schools to engage in malpractice. if they do their work as required, exam malpractice will be reduced to the barest minimum.

Proprietor, Devine-Solace Elementary School, Olarenwaju Arilesere said all stakeholders should be blamed for the scourge. She also blamed the system, which encourage the idea that certificate is more important than skills to deliver, which is what lures students into malpractice just to have the required certificate to be where they would like to be.

“This notion is at the base of several factors causing examination malpractice. These include personal factors that have to do with laziness on the part of students, poor study habits, inadequate preparation for examination, lack of self-confidence; social factors such as peer-pressure and environmental factors such as overcrowding of students in examination halls, sexual favours, compromised invigilators and supervisors.

To curb exam malpractice, Arilesere said there should be less emphasis on certificates.
Proprietress, Motherland College, Ile Ife, Osun State, Mrs. Abosede Onabanjo said to stop the menace; government must tackle corruption that has eaten deep into the fabric of the society. She said parents must cooperate with school authorities to instill discipline and prepare children well for exams.

Onabanjo called on government to provide security operatives in all schools during examination to fight the menace.

WAEC spokesman, Damian Ojijiegu said fighting examination malpractice is capital intensive and should not be left for examination bodies alone. He said this is because the scourge has assumed a dangerous dimension since the advent of social media.

He said the council has introduced some technological innovations to tackle the scourge. WAEC has appealed to state governments to procure serviceable metal detectors for public schools, while proprietors of private schools should procure same to prevent candidates from smuggling in mobile phones and other electronic devices into examination hall.

“We have also constrained our test papers. The questions and answers are now in one booklet making it difficult for candidates to smuggle out their question papers during examination. This singular initiative has reduced drastically the number of candidates that write exams outside the hall.

“The Council in Nigeria has also deployed Variable Data Printing (VDP) in the conduct of its examinations.

This innovation enables WAEC to track its test papers anywhere in Nigeria. Through this technology, we have arrested supervisors, invigilators, teachers, principals and candidates who attempted to snap the question papers after the examination had commenced and send it out through WhatsApp or other messaging apps to their criminal collaborators.

We are not resting on our oars as we continue to execute strategies that will keep us steps ahead of the perpetrators of examination malpractice,” Ojijiegu stated. 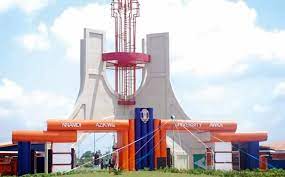 An impact assessment of higher education in Nigeria

Keeping Schools Safe In the North