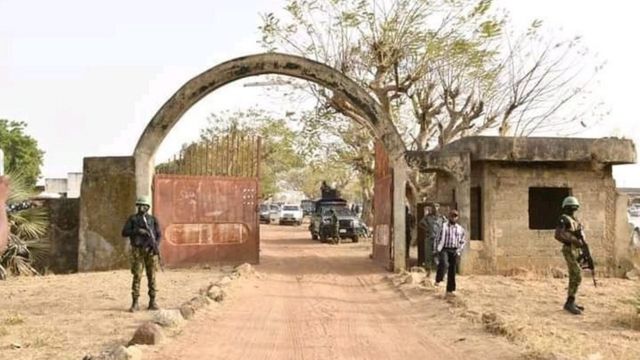 From engaging hunters, to building fences and intelligence sharing, governments and schools at various levels are taking precautions to check the rising wave of abductions of teachers and students across the country.

Since last December when over 300 pupils of Government Science Secondary School, Kankara in Katsina State were kidnapped, there have been three other high profile kidnappings in schools.  The kidnapping of 27 pupils, teachers (and their relatives) of Government Science College, Kagara in Niger State, happened on February 17, 2021; followed by the abduction of about 30 students of the Federal College of Forestry Mechanisation, Afaka, Kaduna on March 11; and the kidnap of 22 students of Greenfield University, a private university in Kasarami Chikun Local  Government Area of Kaduna State. The Greenfield University abduction is the deadliest so far – with five of the students already killed by the bandits who are demanding N100 million as ransom for the remaining 17 students in custody. Some students of the Federal College of Forestry Mechanisation are still in custody.

The series of kidnapping has caused concern across the country and has led state governments and schools making efforts to increase security while the Federal Government works out how to tackle the hydra-headed problems nationally.

In addition to convening security meetings with stakeholders, state governments are stepping up action. In Plateau State, The Nation learnt that Governor Simon Lalong had procured 50 patrol pick-up vans and 200 motorcycles for distribution to security agencies that would patrol schools.

Lalong said police posts would be established within the host communities of tertiary institutions, while also directing that security be tightened in all schools across the state towards guaranteeing the safety of students and teachers.

Osun State Government is looking at community policing – engaging host communities of institutions to prevent invasion in schools across the state.

The government disclosed that it had included stakeholders in the communities as part of the governing boards to provide information to prevent crimes in the schools across the state.

Explaining the move, Special Adviser to Governor Gboyega Oyetola on Education, Mr Jamiu Olawumi, said:”We are involving the stakeholders in the management of the schools across the state. The aim of doing this is for them to have a say on the issues of the schools.  When that is done the immediate community will be involved in the security management of the schools as against looking for security men like the police, DSS, Civil Defence Corps and others that will guide the schools. They are already part of the management in providing information to prevent crime in our schools. The community policing of schools is what we are harping on in our schools.”

The Niger State Government, on its part, has conducted a security risk assessment on all schools in the state and converted some boarding schools to day schools.

Public Relations Officer of the Niger State Ministry of Education, Jibrin Usman Kodo said that the government had identified schools that are security porous for fencing.

He added that the government had asked all schools to form internal security committees, which include the principals, students, PTA, Local Council chairmen and some vigilantes.  He also said that security has been provided for every school across the state.

In Benue State, the Executive Chairman, Benue State Universal Basic Education Board, Joseph Utse, said the board had set up security task force to safeguard pupils and schools infrastructure.

He said the task force is also saddled with responsibly of curtailing the activities of hoodlums and cultists that have continued to vandalise and carry out illegal activities in some primary schools.

Utse, who led the Special Adviser to the Governor on Security, Colonel Paul Hemba  and board members on tour of Saint Catherine’s Primary School and Saint Mary’s Primary School, both in Makurdi, said the  taskforce committee would go round Benue schools and educate parents and teachers on the measures  putting in place to protect students and  government facilities.

He put an end to the illegal operation of businesses around school premises and pleaded  with the office of the Security Adviser to secure lives and prosperity in all basic schools in the state.

He also said that the perforated fence and other illegal openings at Saint Mary’s Primary School North-Bank Makurdi be blocked immediately.

In Lagos, the Education Commissioner, Mrs. Folasade Adefisayo, convened a stakeholders meeting on safety in schools that was attended by the Lagos State Police Commissioner, Hakeem Odumosu, among others.

Mrs. Adefisayo counseled students not to accept gifts from or converse with strangers; while urging parents to ensure they follow security protocols instituted by schools, especially boarding schools.

He also counselled boarding schools to introduce daily head count morning and night to keep tabs on the numbers of those in school. He also urged the students not to divulge personal information to strangers and endeavour to move in groups in and out of the school premises.

The Director-General, Office of Education Quality Assurance (OEQA), Mrs. Abiola Seriki-Ayeni, called on members of the public to share recommendations with the government on how to improve.  She also said the OEQA was open to receive complaints through its website, www.oeqalagos.com.

Schools – primary, secondary and tertiary are doing all they can at their level to boost security.

Speaking what his institution was doing, Vice Chancellor of Plateau State University (PLASU), Bokkos, Prof. Yohana Izam, said such measures included securing heavy presence of Special Tasks Force (STF) military personnel, CCTV installation on campus and installation of a 33KV transformation to light up the community, as well as the provision of boreholes.

He also said the school had reactivated the vigilante system, curtailed night life of the students and completed the fencing of the institution.

At the University of Jos (UNIJOS), all hostels on campus have been shut over security threat.

A statement by the Deputy Registrar (Information and Publications) of the institution, Abdullahi Abdullahi, said members of the university community were to strictly comply with the directive.

“The meeting deliberated on a security report regarding security threat to the university workers, students and properties. As a result of this, soft targets like the hostels are in great danger.

“In the light of the above, the hostels are to be closed with immediate effect.

“This is in the interest of the safety of students until all security measures have been perfected to protect the campuses as well as the hostels. However all examinations are to continue unhindered,” the statement reads.

The Nation gathered that schools are now engaging local vigilantes and hunters to complement the security of their schools. According to sources in Osun State University, Fountain University, Osun State Polytechnic, Iree, Osun State College of Education Ilesha, and others disclosed that local hunters have been involved in securing schools.

The owner of Daniel International School, Agunbelewo, Mrs Adejumonke Taiwo, said, with the cases of kidnapping in schools in the country, we have engaged local hunters to prevent invasion and kidnapping. We are scared of the news in the country and we are not sure if the Nigeria security operatives can secure our students and staff.

A security source told our correspondent that, ‘the local hunters are being engaged in securing staff and students against kidnapping because they have played a major role in rescuing kidnap victims in the state in the past six months in Osun State. It seems schools are confident in the local hunters.

The Public Relations  Officer of Osun State University, Mr Ademola Adewale, speaking with The Nation disclosed that the school has internal security headed by a retired DSS officer but the management is holding a meeting with security operatives in the state to strengthen the security architecture of the school.

Speaking with the leader of Hunters Group of Nigeria, Hammed Nureni, said his men were securing schools and institutions across the state voluntarily.

He explained: “Nobody is paying us for securing the schools but we have members across the state to secure the schools of institution and schools in the state. Some institutions are even holding meetings with us to engage us on the security of staff and students.”

It was recalled that the Vice Chancellor of  Fountain University, Osogbo, Prof Amidu Sanni, disclosed that the management of the institution is engaging the local hunters.

Nnamdi Azikiwe University, Awka, Anambra state said security had been strengthened within and outside the environment of the institution following growing insecurity in the country.

Acting Head, Information and Public Relations unit, Chika Ene told The Nation that cultism and other related crimes have drastically reduced in the institution as a result of proactive measures adopted and supported by the Vice Chancellor, Prof. Charles Esimone.

She said the university had been liasing with relevant security agencies and other stakeholders to ensure adequate protection of lives and property of students and workers in the institution.

She said, “I can tell you that cult related crimes have been reduced in our institution due to proactive measures adopted and supported by the VC. We are working to ensure that cultism is not re enforced in the campus.

“Some of the measures include liaising with the NDLEA to rid the environment of hard drugs which is a major promoter of crimes when taken, iaising with relevant security agencies and other stakeholders in monitoring and checkmating suspected cultists.

“Other strategies were sensitizing students, staff and members of the society on the dangers of cultism using clergy men of the dominant religious organizations, traditional rulers and other influencers.

“Within the campus, we embark on patrols and surveillance of sensitive places and people. The VC is not relenting in helping the Safety Department in any way he could.”

A student of Chukwuemeka Odumegwu Ojukwu University, Igbariam campus, Anambra state, who simply identified himself as Boniface said the management of the university is not leaving anything to chance as far as security is concerned.

The institution which is located in one of the communities in the state that recently witnessed clash between suspected herdsmen and unknown gunmen, had experienced certain level of uneasy calm following the clash.

“Everybody is on red alert.  Our hostels are well fortified. We have security personnel already deployed and more fortifications are being made.

“We have also deployed CCTV on parts of the campus to check insecurity, to avoid any kidnapping on our campus.

“Everybody is working to ensure there are no lapses in the security system,” he said. 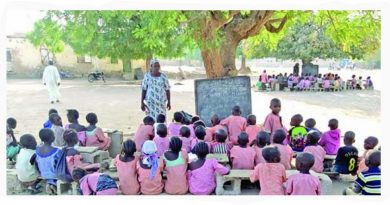 After School Activities or Education?