The Vice  Chancellor of the institution, Prof. Nse Essien had, in a release by the Registrar Mr John Udo, mandated all the striking workers to return to their duty posts on Monday, June 7, 2021, threatening that salaries would not be paid on no work, no pay basis.

The Governor of the state, Udom Emmanuel, had in a media briefing ordered the reopening of the institution, saying he had released a monthly subvention of N327m to the institution.

But speaking with newsmen in Uyo, the ASUU chairman, Dr Ime Okop, said members would remain on strike as long as they did not receive payment alerts of their salaries and other entitlements, adding that the lecturers were not prepared to shift grounds on the matter.

Okop frowned at the situation where both the state government and the management of the university were playing pranks with the issue of education.

“What the governor went on air to say is not what we will contest, it is left for the management to explain. What we know is that the university has been receiving the sum of N250 million as monthly subvention as at 2019. 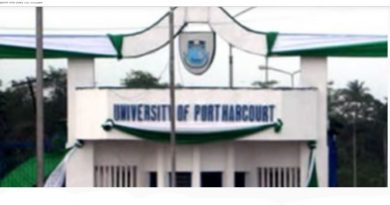