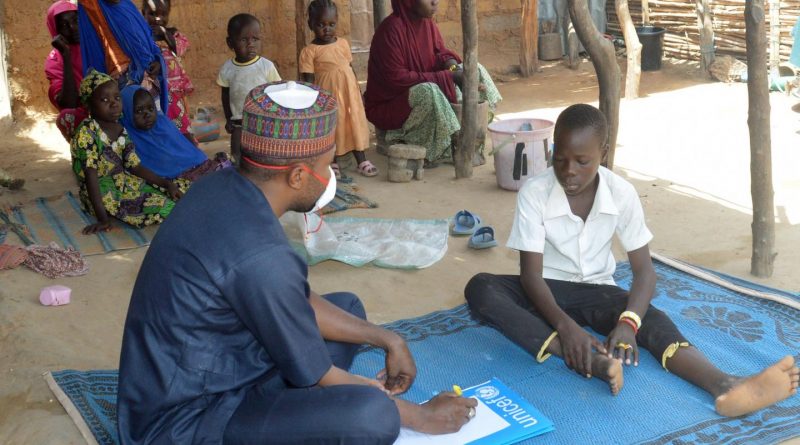 Businessman and politician, Iboro Otu draws attention to the increasing frustration of Nigerian youths in their attempt to get quality education and live their dreams.

Please let’s pray for our young people. Many of them are falling through the cracks of a broken system. In my time we faced our challenges of inadequacy but the challenges confronting our young people today is an existential threat. If we are not careful, we are about to see a multitude of youths with serious mental challenges as a result of their socio-cultural and economic disconnect.

I had an experience recently and met some gifted and wonderful young men and women I struggled to believe resided in Akwa Ibom State. In a gathering of less than 40 people, I met four Asian returnees, young men, who had taken up different business positions in Akwa Ibom against the odds. They had sojourned, saw the world and attracted back home solutions to a multitude of problems while also trying to make businesses out of them. One of them founded Plastic Cultured, an organisation we celebrated for keeping the spirit after three years.

Plastic Cultured is a group of young people looking to rid Akwa Ibom state of plastic waste by collecting and recycling them. I sat there listening to the audacity of their dreams and their determination to make it happen. They try to take advantage of government events and otherwise public spaces to collect plastics wastes for free. Unless these guys are engaged and encouraged in Akwa Ibom State, all forms of plastic waste will be lumped with others and dumped somewhere in Uyo and thereafter burning them – both acts destroying our environment and poisoning our soil, however this is a story for a different day.

One of the other guys has a business in furniture manufacturing but it is of a different kind. This young man is artfully fusing metal with wood and glass, you needed to see what he has done and I can’t wait to visit his workshop after viewing some pictures of his work. Another is into digital art – using the computer to make different forms of art. Art can’t be explained, you just needed to see what this young man has done.

Then I met the two ladies aged 20 and 21 who happened to sit at my table. While trying to hold a conversation, I realized both weren’t in school. Very intelligent, well spoken and articulate girls claiming they couldn’t find themselves schools in Nigeria. It sounded preposterous until we kept the conversation going, clearly they caught my attention as I am an education advocate. One of them had just dropped out of the final year Regional and Urban Planning Department in a federal university because she couldn’t keep up with her mental health as a result of the impossibility of the schooling system. It began to make sense to me when on asking her about her family’s position on the matter; they agreed with her. She said; her department had just one measuring tape, one GPS machine and four broken computers.

To measure, majority of the students have to imagine three meters! She has never measured a house before. Class blocks are so few that when one level needs to hold lectures, another set has to sit under the departmental tree and this isn’t a figure of speech – it is a spectacle in a Nigerian federal university! It is endless. I can’t talk about the living conditions or the content of lectures, even the students who brave the endless night robberies to study can’t read at night because there is no power and the institution, on demand by students, usually responds by asking them if they have power in their own homes. It is what it is. As such she intends to get alternative education.

The other lady had her mother seated by our side. The mom is a UK educated woman who went through school all the way to doctorate in a first world country. Imagine such a mom listening while we had such a conversation. Imagine her pain and powerlessness. A fifty something year old woman agreeing with her young daughter, for mental reasons, to stay home and self-educate than mess about with Nigerian schools. Surprisingly, her mother was herself a lecturer in one of our state universities, she knew first hand what her daughter was talking about; the quality of graduates our universities were churning out alongside the unbearable abuse of power by the people in authority over these young students. It’s a desperate situation.

In their determination to learn, these girls have gone online, they are world educated in several areas – thanks to portals of free learning but this too isn’t without its pitfalls. Many online portals don’t offer options for Nigeria because of our notorious global standing as a fraud capital. Often, one can’t make payment from Nigeria unless you have to change country and if by chance you are accosted by the Nigerian police, they say, you immediately fit their ‘yahoo-yahoo’ profile. In her determination and plan to leave the country and study overseas, one of the girls is fluent in Spanish, a language she leant online, from Uyo! That is what I call determination.

Most of the young people I met probably live in Ewet Housing Estate and Osong-ama environs, both are postcodes for the privileged. These are youths armed with the most dangerous weapon on earth; the internet. They can connect with the world and instagram and can see what their mates are doing globally and they know they could do it too if not better but for their location on the wrong side of the world. This is the depression that can kill. Both ladies mentioned numerous friends and people they know who had already graduated from universities all over the world with decent education to tangible opportunities. My motivational speaking capability failed me when I needed it. These conscientious young people would rather self teach than deceive themselves in class blocks listening to antiquated lectures from irrelevant syllabuses. They are richly educated by world standards but are not certificated by Nigerian standards. They are illiterates here, caught up in a place that’s slowly getting left behind by the rest of the world.

If young people in middle class families are going through these, what about the rest of them in the hinterlands still unaware of the impact of the garbage system, I wonder. Something needs to be done urgently.

Two years ago, a young woman approached me and confided that she was abandoning her final year education in a federal university and going overseas to start afresh, I regret that I initially tried to stop her considering the number of years she had put in. In hindsight, she took the best decision, fortunately. Today she’s working and schooling in the UK and I’m happy every now and then that I’m privileged to pen her reference letters for employment.

Alongside demands for jobs, sustenances, and a multitude of other necessities, many of our young people are hungry for self growth and development, they know who they are and what they want to be and many want to help themselves, discover themselves, be valuable and contribute to society in which they belong. They need support to do so and it is the responsibility of our government to provide these system support by providing the amenities needed to incubate their aspirations. A few others might have succeeded regardless, that is not a given, society by default is meant to cater for the many, not a few.

In their determination to learn, these girls have gone online, they are world educated in several areas – thanks to portals of free learning but this too isn’t without its pitfalls. Many online portals don’t offer options for Nigeria because of our notorious global standing as a fraud capital 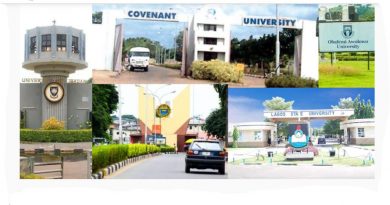