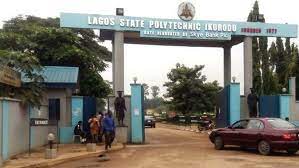 Speaking while expressing his happiness when the Lagos State Polytechnic, Ikorodu, emerged the best third polytechnic in Nigeria in the Year  2021 Webometric latest ranking for Polytechnic and Colleges of Technologies in Nigeria, Wahab said, the institution was taking its rightful position.

He said, “ Laspotech bouncing back to its rightful place and the state government’s general  reform of the education sector is beginning to yield positive result.”

According to the ranking result recently released by Webometric,  LASPOTECH is the third best  among the 50  ranked  Institutions in the country .

In the same vein, the Oba of Igbogbo Kingdom, Oba Semiudeen Kasali, appreciated Sanwo-Olu for prioritising youth development and empowerment in his administration’s T.H.E.M.E.S  development agenda, adding that the proposed upgrade of the LASPOTECH to University of Science and Technology showed the commitment of Sanwo-Olu to quality education, research development and technological innovations  in the state.

Permanent Secretary, Office of the Special Adviser on Education, Mr Adeniran Kasali, said the emergence of LASPOTECH as the third  best polytechnic in the country was in line with Sanwo-Olu administration’s  third Pillar of the State’s Development Agenda, which was Education and Technology,

The rector, LASPOTECH, Dr Nurudeen Olaleye, commended the State Government for upgrading facilities in the school, adding that the management, staff and students of the polytechnic had resolved to dedicate the achievement to the state  governor, Mr Babajide Sanwo-Olu. 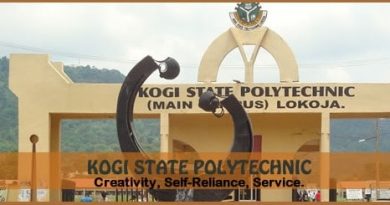