The Academic Staff Union of Universities ASUU, Calabar zone said it has viewed the N250,000 assessment fee for promotion to Professorship as an act of criminality.

Briefing newsmen in Uyo, Akwa Ibom State, the Zonal Coordinator of ASUU, Calabar zone, Dr Aniekan Brown, said such assessment is not found within the confines of the laws establishing the universities.

He lamented that those who refused to pay the amount had had their promotions stagnated.

“There is no place that reads that a lecturer should pay for his assessment. How can paid staff who have invested a lot of money in research and publishing and when the time for assessment for promotion comes, they will be asked to pay a whooping N250,000.

“ASUU views that as a case of criminality because it’s not within the confines of the law. Secondly, what do you mean I pay such huge sum and I don’t get favorable assessment. Please note that some of our colleagues who stand by the truth and refused to pay, their promotions are stagnated,” Brown said.

Reacting to the Accountant General of the Federation’s submission that all institutions, agencies and personnel must migrate to the Integrated Payroll and Personal Information System platform, the senior lecturer said it would be a case of historical irresponsibility for the Union to accept what is not good for its members.

Brown said, “It will be difficult for them to say that IPPIS stands for transparency. IPPIS cannot read and understand the peculiarities of Nigerian Universities system. That is why we have salaries fluctuations.

“Our union has always come against this IPPIS legally it goes against University autonomy and it failed to understand the peculiarities of Nigeria University system. IPPIS has no room for payment of salary promotion arrears.”

The Sociology lecturer condemned proliferation of universities by State governors without taking care of the existing ones.

“State governments proposing to establish new universities should be barred from accessing TETFund grants to support their projects for at least ten years. Owners of the proposed universities whether federal or State should provide verifiable growth plan for providing not less than 75% of their pensionable academic staff complement in addition to provision of requisite Infrastructural facilities,” he said 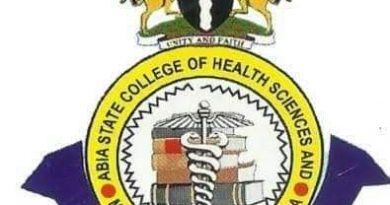