Chukwuemeka Nwajiuba, former minister of state for education, has apologised to Nigerian students over the protracted strike action of the Academic Staff Union of Universities (ASUU).

The union recently extended the industrial action by another 12 weeks, citing a lack of readiness by concerned officials to resolve the crisis.

Addressing the issue, the presidential hopeful of the All Progressives Congress (APC) said all his children attended public universities, and that two of them are also affected by the strike.

The ex-minister spoke on Sunday while being interviewed on Politics Today, a Channels Television programme.

Nwajiuba said he shares in the responsibility for the situation, but noted that strikes are not the best approach for ASUU to address its grievances.

He said: “I do apologise to Nigerian students because as their minister, I will take responsibility. But also, on behalf of the federal government, I would say ‘please understand what the issues are’.

“All my four children have passed through Nigerian universities. I still have two who are at home now, because they are all in public universities.”

Nwajiuba said he is also a product of public universities, hence, he empathises with ASUU.

“The only point of departure is that we have asked ASUU that strikes can’t cure the problem.

“We need them in class, we need our children back in school. It hurts parents. It hurts us. Like I keep saying, my children are here, I don’t have children in private universities. My wife and them are battling it at home.”

Nwajiuba also appealed to ASUU to “consider leaving the option of strike and work with the government”, adding that the issues cannot be solved “at once”.

“This government has done more than any other government to meet ASUU. We are going to resolve the issue. All the matrixes for it to be resolved are already before Mr President,” he added.Facebook 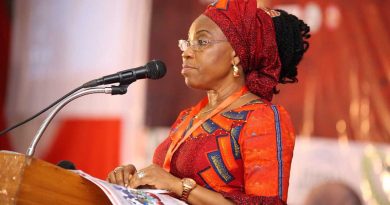