SDG 4 is central not only because it focuses on education but because it is relevant to all the other goals. It aims to ensure inclusive and equitable quality education and promotion of lifelong learning for all.

Although the UN states that measurable progress has been made towards increasing access to education and school enrollment at all levels, particularly for girls, the figures for out-of-school children continues to snowball as 244 million children and youth between the ages of 6 and 18 worldwide are still out of school, according to UNESCO in 2022.

Curiously, India, Nigeria and Pakistan account for the greater number of out-of-school children with Nigeria alone accounts for 20 million, based on UNESCO figures.

Highlighting the precarious situation of education, the report notes that learning poverty has increased by a third in low and middle-income countries, with an estimated 70 per cent of 10-year-olds unable to read or understand a simple written text.
State governments and the Federal Government in Nigeria need to pay greater attention to the dire situation of education because education indices in the country have not lived up to expectation. Indeed, state actors in Nigeria should pay greater attention to the outcome of the Transforming Education Summit and indeed focus on domesticating methodologies, procedures and strategies that have delivered improved learning at scale.

Already, a number of Nigerian state governments are leading the way in this direction. Education sector transformation programmes like EdoBEST (in Edo state), EKOEXCEL (in Lagos State) and KwaraLEARN (in Kwara state) have changed the face of education in Nigeria by delivering superior learning outcomes to children in hard-to-reach and urban areas while improving the capacity of teachers to impart knowledge.

The methodology underpinning these education transformation programmes has been proven to deliver transformational change, especially to children in early formative years in basic schools. Focusing on systems strengthening, the inclusion of all stakeholders in the education system and using data as the basis for improving learning, the programmes have recorded an increase in literacy and numeracy skills.

Their positive impact is further buttressed by a new but major study conducted by Nobel Prize Winner and development economist, Prof. Michael Kremer in Kenya.

The study suggests that children living in underserved communities in Kenya and attending NewGlobe-supported schools (which use the same methodology as EdoBEST, EKOEXCEL and KwaraLEARN), receive 53 per cent more learning throughout their early childhood and primary school careers than children taught with traditional methodologies.

Kremer says “this study shows that attending schools delivering highly standardised education has the potential to produce dramatic learning gains at scale, suggesting that policymakers may wish to explore incorporation of standardisation, including standardised lesson plans and teacher feedback and monitoring, in their own systems.”

In his analysis, Kremer posited that combining a standardised curriculum, positive reinforcements and teacher professionalism has led to improved learning outcomes in children attending NewGlobe-supported schools. What is unique is that the use of the methodology delivers the same learning outcomes to both boys and girls allowing for equal learning opportunities for both genders as girls were found to make learning leaps similar to their male counterparts.

While leaders at the UN education summit focus on identifying education transformation solutions, it is beneficial to deliberate on home-grown solutions that can work at scale and in state-owned systems as exemplified by EdoBEST, EKOEXCEL and KwaraLEARN.

These solutions are rich in local know-how and accommodate the peculiarities of the various environments where they have been implemented.

In the case of EdoBEST for instance, before the inception of the programme, absenteeism among teachers was high, lesson completion rate was low and learning outcomes were abysmal. The EdoBEST programme addressed these deficiencies using technology that incorporated the nuances of the local environment.

The Universal Basic Education Commission, State SUBEBs and state ministries of education need to look critically at harnessing the benefits that have been derived by states using the methodology that has been endorsed by Professor Kremer and his team.

Governments should adopt an inclusive system where all stakeholders are connected with one goal in mind – delivering quality life-changing education. Operating a unified system, the data obtained can be used as a basis for improved learning.
As the Transformational Education Summit is concluded in New York, the words of the UN Secretary-General António Guterres are instructive. In his opening address, Mr. Guterres noted that “instead of being the great enabler, education is fast becoming a great divider.” This does not have to be the case. Nigeria’s leaders can step in to address the core issues using proven solutions. 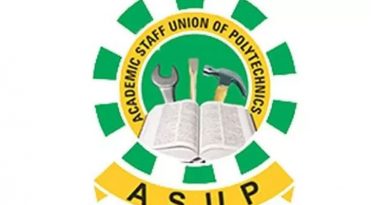 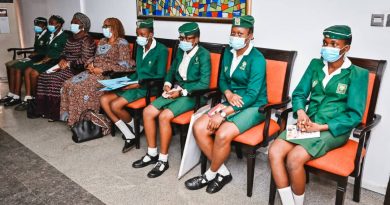